Driving through the streets of Racine today you would never think that one of the world's  first automobiles chugged down the same streets in 1873. 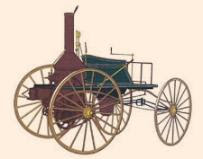 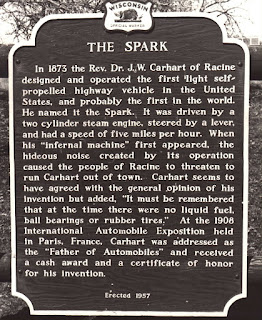 While the idea of a "self-propelled highway vehicle" was being tossed around among mechanical-minded people, it took a few more decades for Racine to begin manufacturing gas-powered vehicles. With wagon and farm machinery businesses scattered throughout the city, it was only natural that our highly-skilled mechanics would jump into the manufacturing of automobiles.
Nash Motors of Kenosha (later American Motors) bought the bankrupt Mitchell – Lewis  plants in 1923 and used it to produce a number of models there like the Ajax, Nash Light Six and in 1937 the LaFayette. After Nash-Kelvinator Corp. was formed in 1936, labor trouble developed and auto manufacturing was discontinued on Oct. 10, 1938, ending car manufacturing in Racine.
A visual tour of some of Racine’s classic high quality automobiles follows ...

The Pierce Engine Co. added a line of automobiles to its product line in about 1904, and marketed it as the Pierce – Racine.  Andrew J. Pierce had been experimenting with automobiles in the 1890s and was considered a pioneer in the industry. 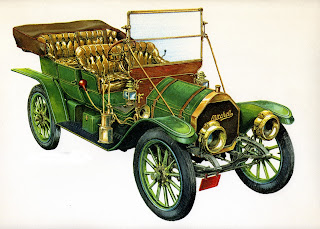 Starting with a motorcycle about 1901, the Wisconsin Wheel Works soon began to experiment in autos and by 1903 was manufacturing small lightweight autos. In 1910 it became the Mitchell-Lewis Motor Car Company. By far the Mitchell – Lewis  Motor  Car Company was the largest Racine car manufacturer, building over 10,000 cars a year. The company went bankrupt in 1923. 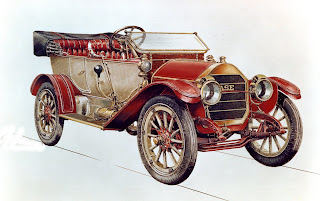 In 1910 the J.I. Case Threshing Machine Co. purchased the Pierce Engine Co. and  renamed the auto line “Case” and added it to their farm machinery line. Case continued to build quality autos as  late as 1925. However, carmakers  like Ford were building an affordable auto that workers could buy. Soon the market for these high-priced hand-built models disappeared. 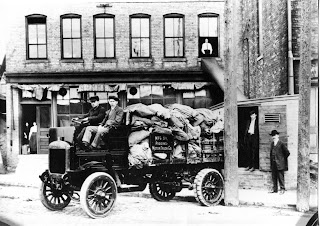 In the late 1890s Charles and Fred Piggins were operating a small machine and repair shop on Sixth Street. In about 1908 they began building automobiles and incorporated the Piggins' Motor Car Co. in 1912. It appears that last mention of the company was 1917.  Piggins built autos and trucks but was best known for its trucks. They custom-built many of their products for the buyers' needs.
On Oct. 6, 1910, a headline in the Racine Daily Times read - FIRST AUTO CAR STOLEN IN RACINE. It was front-page news at the time. Thieves entered the garage of Soloman Haas at the rear of 1119 Park Avenue and stole his $3,000 1909 Piggins automobile. The next day the car was found abandoned in a suburb of Chicago.

Another small automobile company, Maibohn Motor Co., was started in Racine by Peter and Harry Maibohn in about 1917. They manufactured their products in Racine until 1922. They moved to Sandusky, Ohio, and are believed to have gone under during the Depression. 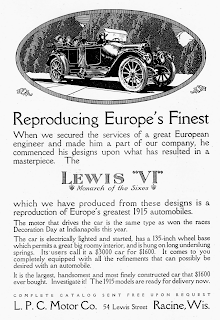 The L-P-C Motor Co. was organized by William Mitchell Lewis, Rene Petard and James Cram in 1914. The firm only produced cars for a couple of years. The L-P-C was the first auto to have an electric gearshift. 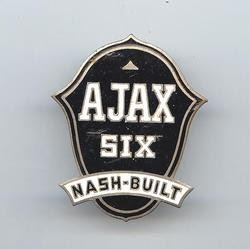 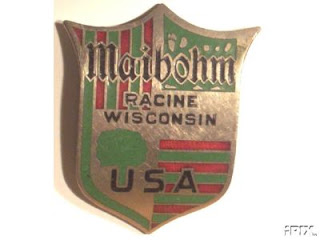 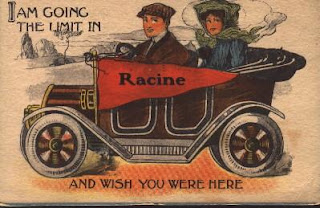 RacinePost compiles news from Racine and Racine County. It is run by Dustin Block and Pete Selkowe.